Kettering is a town in Northamptonshire, 70 miles north of London and 15 miles northeast of Northampton. It is part of the East Midlands and, along with other towns in Northamptonshire, has a growing commuter population. The town has excellent transport links being on the Midland Main Line railway, with East Midlands Railway services direct to London St Pancras International taking about an hour. The A14 links Kettering to both the M1 and A1 north/south road networks.

The present town grew in the 19th century with the development of the boot and shoe industry, for which Northamptonshire became famous. Many large homes in both the Headlands and Rockingham Road were built for factory owners, while terraced streets provided accommodation for the workers. Headlands was inhabited by several of the most well-known shoe factory owners in the country.

The four secondary schools located in the town are Bishop Stopford School, Kettering Science Academy, Kettering Buccleuch Academy and Southfield School for Girls. Latimer Arts College is also in the area and is located in the nearby village of Barton Seagrave. Kettering is also home to one of Tresham College of Further and Higher Education's three campuses.

In 1921 Wicksteed Park, Britain’s second oldest theme park, and named after local businessman Charles Wicksteed was officially opened on the southern outskirts of the town, and remains popular to this day with people attending every summer.

Kettering General Hospital is in the heart of the town. This provides an Accident & Emergency department servicing northern Northamptonshire including surrounding towns like Corby and Wellingborough. 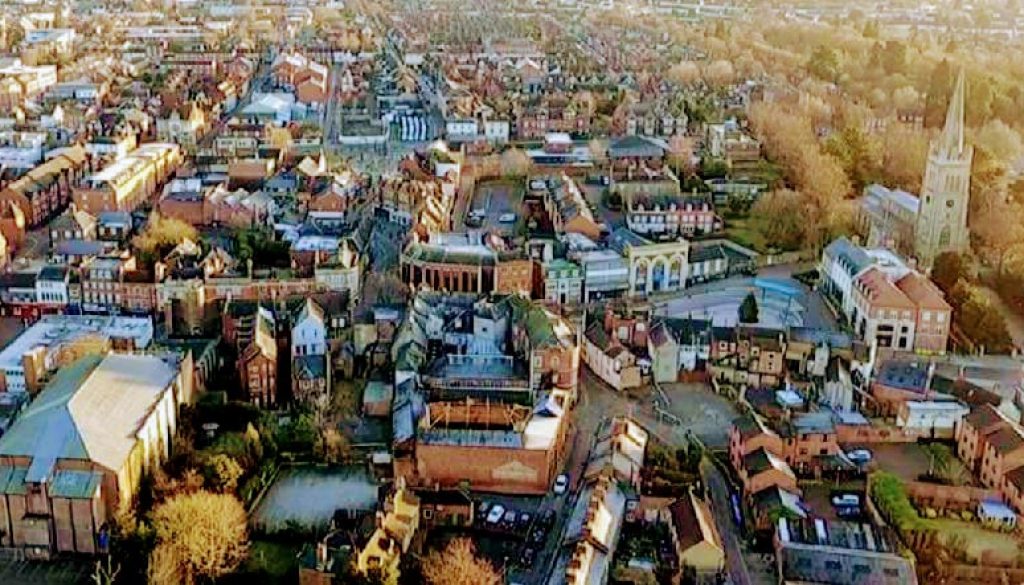